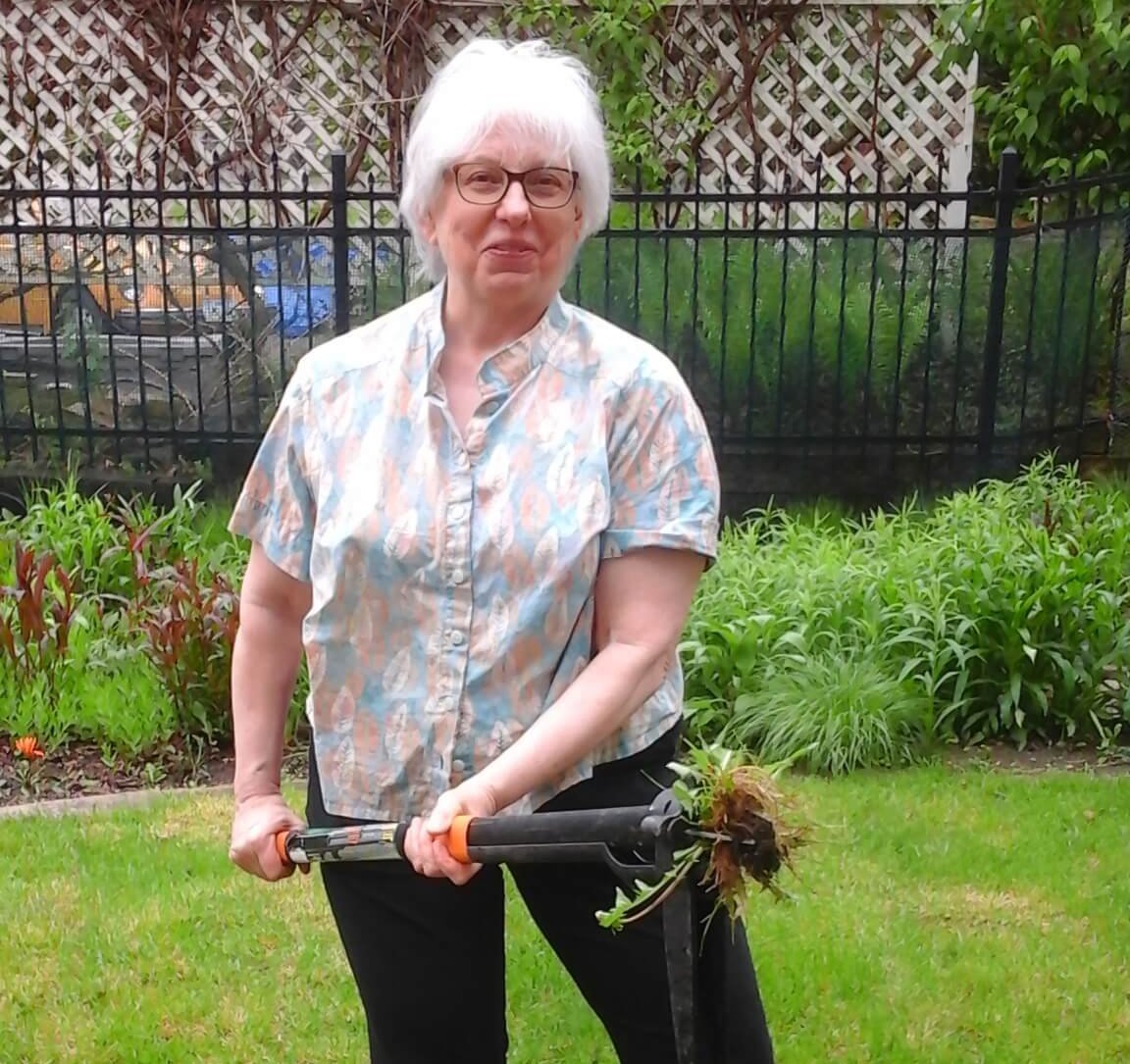 We’ve analyzed every stand-up weeding tool out there, as well as what gardeners’ blogs, consumer testing organizations, and forums have to say about them. We’ve seen everything from pretty silly tools to truly durable, effective equipment.

If you want a healthy garden or lawn and have back difficulties, or you just don’t care to squat down for every damn dandelion, there are a few winners that can efficiently extract weeds by their roots without exertion or (almost) ever bending over.

Our top pick for removing dandelions, crabgrass, and other small weeds from a standing position is the Fiskars Deluxe Stand-Up Weeder. It’s simple and fun to use (so much so that children fight over the opportunity to terminate weeds), and it’s light and ergonomically friendly. Most importantly, it grasps weeds by their roots and removes them completely. This means you don’t have to go digging around in the dirt to ensure that a weed won’t pop right back up the next week. The Fiskars Weeder is better-built than most of its competitors and it comes with a lifetime warranty from a reliable company.

While we think this is the best all-around stand-up weeder, below we also detail our recommendation of the CobraHead Long Handle for larger weeds with matted roots, and take look at some competitors.

Originally published: May 14, 2017. Updated on May 18, 2019, with better pictures of my dear mother and an update on the Fiskars weeder after two years of use. Updated on January 12, 2023 with the trapezoidal weeding tools.

Our Main Pick for Weeding without Bending Over

The Advantages of the Fiskars Weeder

There is a general consensus among those testing garden equipment that Fiskars Weeder is at or near the top of the list for pulling up dandelions and other small weeds without bending over. In particular they note its efficacy and ease of use compared to others. 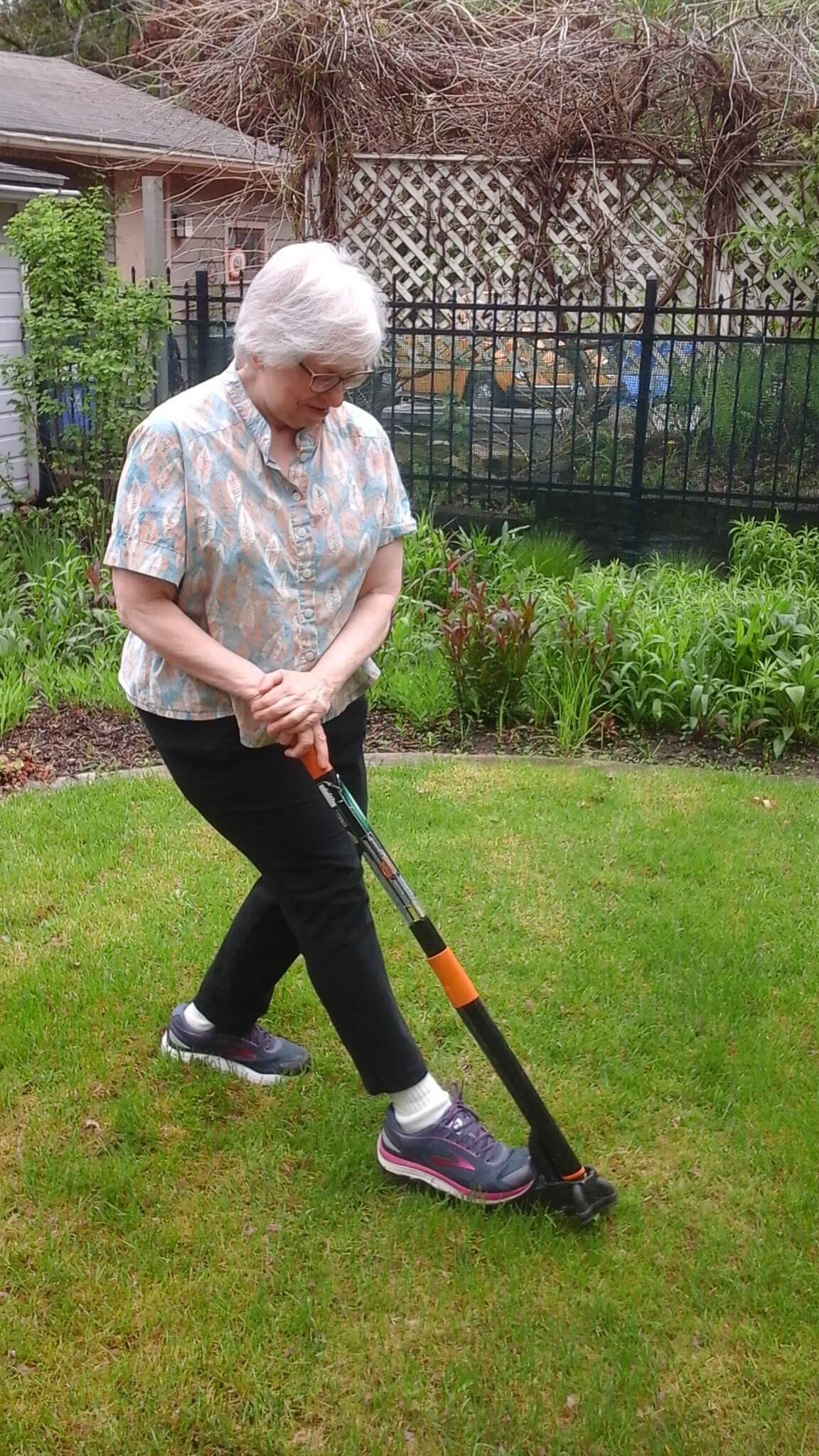 Here’s how it works:

At no point in this process does one have to bend over. Additional advantages of the Fiskars Weeder include that it:

Finally, Fiskars offers a lifetime warranty (“for as long as the consumer owns the product”). Customer reports about their responses to warranty claims on gardeners’ forums have been largely positive.

The Drawbacks to the Fiskars Weeder

There have been some complaints about plastic foot pedal breaking especially when attempting to use this tool to dig out large, deep roots; this is not designed for that, and especially not anything like small trees or bushes. Fortunately, as noted above, there’s a lifetime warranty and Fiskars is generally responsive. As noted below, we haven’t ourselves had this problem.

If you need a heavier-duty long-handled tool designed for deeper, matted roots, you should instead or in addition go for a CobraHead (discussed below). The CobraHead is not as suitable for dandelions and small weeds, however.

Update: Durability Report After Two Years of Use

We’ve stuck with the Fiskars Weeder since we first wrote this article, and taken care of weeds on a medium-sized residential front and back lawn for two years. It is still in great shape: no broken parts and working fine.

In addition there is the Fiskars Extendable D-handle Stand-up Weeder (4-claw), which has a large handle that may be easier for some people to grip. It’s not available at last check.

CobraHead® Long Handle Weeder & Cultivator Garden...
Check on Amazon
If you try to dig out dandelions, small weeds, and taproots with the CobraHead Long Handle, you may get a bit frustrated. However, the CobraHead beats Fiskars Weeder for dealing with bigger weeds, especially those with large tangled masses of roots. And for weeds like that, it manages to hook under and remove them without disturbing as much of the surrounding area as if you were to try to dig the whole mess out. The CobraHead is of very solid construction according to the various reviewers and commentators who have been using it for many years.

If you are under 5’2″, you might prefer the shorter handled version. 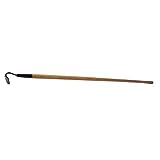 Rogue Heavy Duty Hoe 70G
Check on Amazon
The Prohoe Rogue Garden Hoe is a sharp, sturdy 7-inch-bladed hoe with incredibly impressive real Amazon reviews that is also well-liked by serious gardeners. It has a heavy, durable blade manufactured from recycled farm discs (those that are dragged behind a tractor to break up soil clods). This is not a precision tool like the Fiskars Weeder, but is much better for taking out swaths of plants in a larger patch of soil. It will last much longer than standard hoes and not lose its sharp edge.

We seem to not yet have settled on a name for this trapezoidal weeding tool, but it’s popular for dragging in between and around plants to sever shorter weeds. The open trapezoidal shape can make it easier to get close to precious plants without harming them and be a bit faster than a regular hoe as long as the weeds are still short. 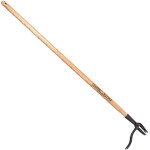 : This is a very similar, old-fashioned version of the Fiskar’s Weeder. It’s steel and hard wood (no plastic parts), and so it’s more durable. But it also lacks the serrated blades of the Fiskars Weeder; roots are more likely to slide from of Grampa’s grasp. It’s also easier to eject weeds from the Fiskars model. Grampa’s Weeder can generally be found for a bit cheaper though. 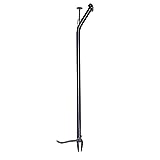 Yard Butler Rocket Weeder dandelion extractor...
Yard Butler Rocket Weeder: The Yard Butler is of a similar design to the Fiskars Weeder, but it received a lot of significant complaints from Amazon customers and others about it bending, breaking and generally being of poor manufacturing quality. They also complain that it’s difficult to eject the weed. We can’t recommend it for anyone.

The Best Bluetooth Speaker for Gardening